We’re wearing our playoff beards over here at TrueNorth (well, those of us who can grow them); we’re working very hard at the Alpha release, but we just can’t contain our excitement at some of the things we’re dialing in. Today, it’s Google Maps.

To be clear, this isn’t a feature that we’ve spent a lot of time on; most of the work we’re doing is behind the scenes; software stability, ease of use, and speed aren’t exciting screenshots. Not for lack of other work, this evening in a 2 hour coding session fueled by large doses of caffeine and Rush, we added support for a Google Maps layer.

The screenshot below shows the satellite layer, but the other map types (Street and Terrain) are available as well. 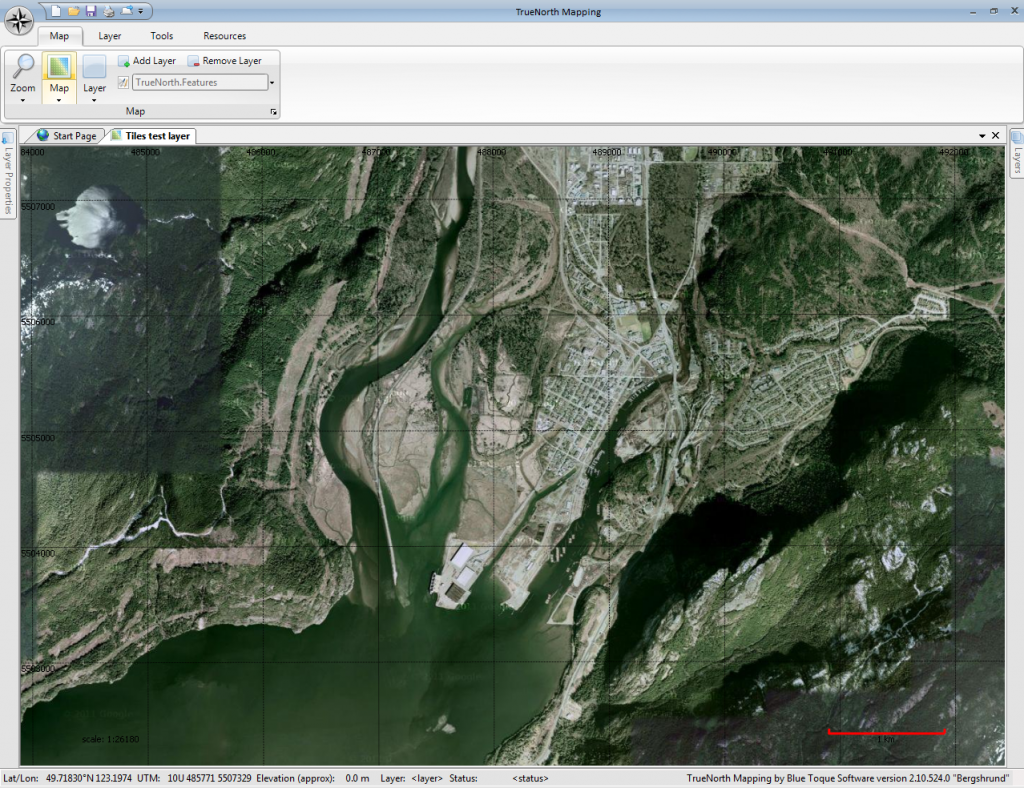