TrueNorth runs on everything from an 8" Tablet with 1GB RAM to a dedicated desktop workstation.
Home » Home » Requirements

Currently TrueNorth runs on any version of Microsoft Windows from XP onward. This includes

TrueNorth does not run on the non-pro versions of Windows 8 and Windows 10.

TrueNorth is written using the .NET Framework; this means it can run under 32-bit and 64-bit operating systems. TrueNorth uses .NET 4.0 which is a free download from Microsoft.

It does not run on Mobile Phones, Smart Phones, or Apple Macintosh devices, sorry.

It will run in as little as 1GB of RAM, however it works better with much more. There can be a lot of data on a map, and it takes up space to read it in, and display it.

Since TrueNorth is designed to read and cache data on the local hard drive, the faster this drive and the more space you have the better. When TrueNorth is not running, the data that makes up the maps is still taking up space, and map data can be large. For example, the map we have the includes topography for all of Canada is about 4.5 Gigs.

TrueNorth does not require a network to run – it stores base map data on your hard drive and caches web-based maps as well. However, you do need to be aware of where the data is coming from and pre-cache anything you are reading from the network.

Because the Microsoft .NET framework is portable, TrueNorth will be ported to run on Linux and OSX (Apple) platforms.

The following are examples of hardware configurations where we’ve tested TrueNorth. They range from a very small, mobile deployment, to an average laptop or desktop-based system.

Mobile deployments are very limited for memory, both hard drive and RAM. TrueNorth Borealis runs surprisingly well in this small platform. Limitations in processor speed and memory lead to slower performance, but all of the main features of the software are available and functioning. We’d advise against processing very large data sets, but this configuration is very capable of mobile navigation and data gathering.

Small deployments are usually on a laptop. These are usually limited in memory, disk and screen size – often with slower hard drive speeds. In addition, the power management of a laptop throttles CPU speed to manage battery life – something that can impact performance.

Desktop systems can have large, high speed hard drives and lots of memory. TrueNorth runs very well in these configurations, and has very good performance. The multi-window support is especially useful in desktop systems.

In a high end system TrueNorth runs exceptionally well. Data can be stored on an SSD (Solid State Drive), large amounts of memory allow for large datasets and dedicated graphics cards assist with the speed of rendering maps. This configuration is recommended when dealing with large amounts of data and computationally demanding tasks. 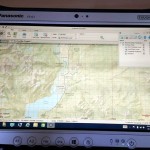 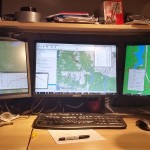 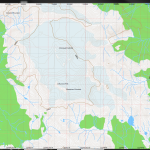 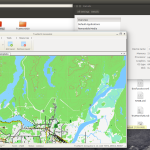