The GPX import plugin was a no-brainer to write, so it’s been done and operating smoothly for a long time. In fact, the GPX standard and the data fields it supports helped to inspire some of the data structures within TrueNorth itself. 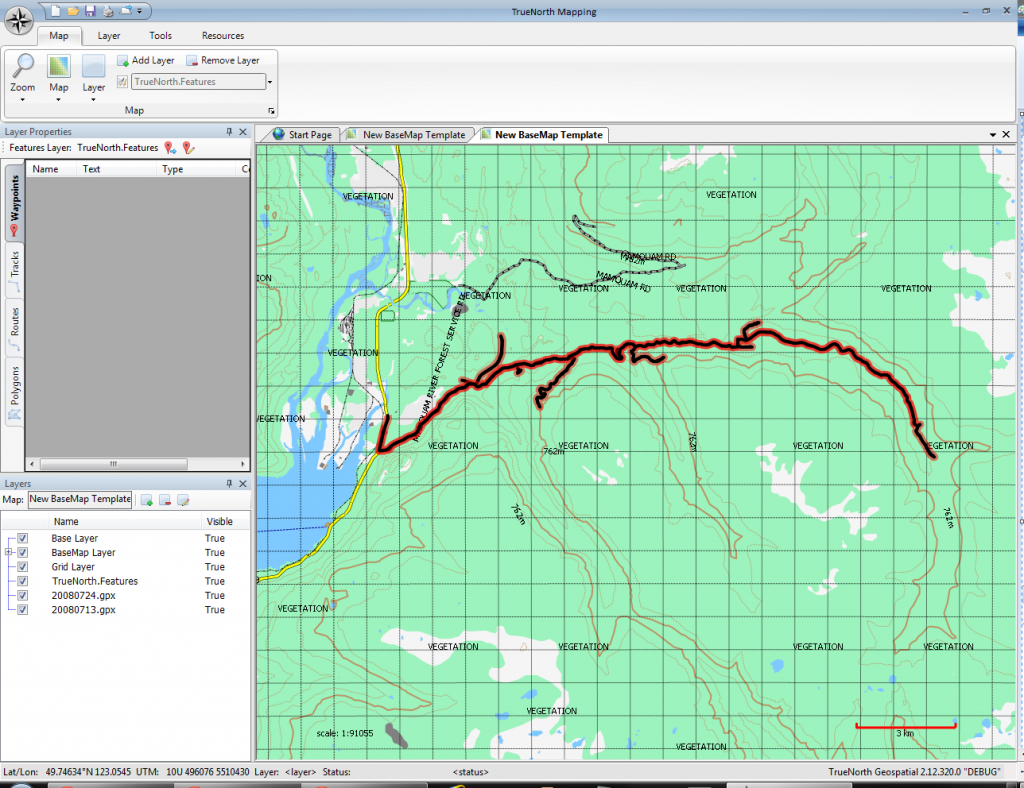 GPX Tracks of a drive I took up the Mamquam river

This screenshot shows the results of a GPX file import. The data came from a Garmin 60CSx. I drove the Mamquam river near Squamish, BC and explored some of the spur roads.

Also in the screen shot you can see a list of the layers active in the map. Layers are one of the major features of TrueNorth; at the moment, every time you import data from a file, the data goes into a new layer. Later on we’ll add the ability to choose either a new layer, or an existing layer for imports. In the screenshot you can see

You can also see the layer properties view which eventually will show a list of all of the waypoints, tracks, routes and polygons on a layer. This is under development.