One of the final pieces in the alpha version of TrueNorth is a demonstration of the software’s ability to integrate live tracking data from an external source. We implemented a tracking layer that’s intended to display position updates from various sources. The first source we implemented was APRS-IS

APRS is the Automated Packet Reporting System which is the name for an amateur radio data packet system that reports the position of a radio recieved attache to a GPS (among other possible types of data).

The screenshot below shows a subset of all reporting stations in the vicinity of Vancouver, BC. 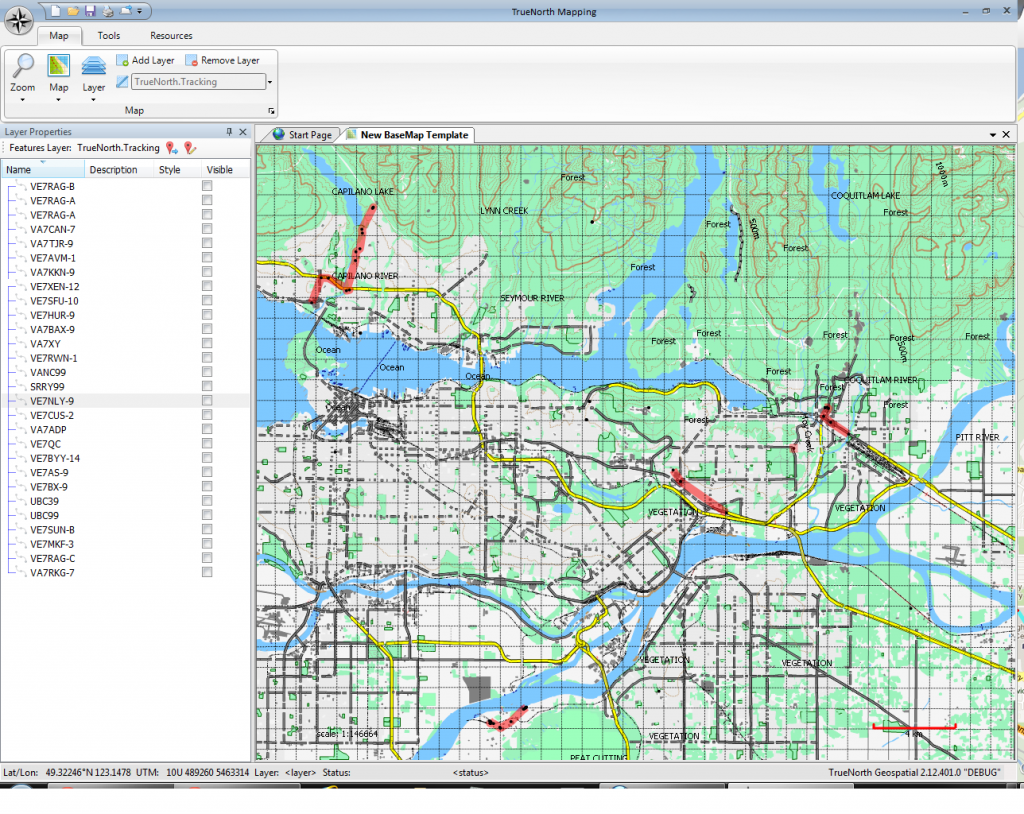 The screenshot shows the map of Vancouver and a number of tracks showing the positions of APRS reporting stations over a period of 20 minutes. Several of the reporting stations listed in the window to the left did not move, so while they are on the map they are hard to see because they have not been rendered with their proper icons in this Alpha version.