A preface; this is not an April Fool’s joke.

No, Web Map Serivce is a real thing and it’s one of the least known and most useful web-based mapping standards out there. Simply put, many government agencies put their maps online. By using WMS, they can make the map imagery available while keeping the underlying data “safe” — and for sale on other channels.

However, the tools that “consume” WMS are typically siloed in that they often only show the WMS data and don’t allow you to import from other sources.

TrueNorth lets you access the WMS data in the same way as other data. Thus, WMS can be overlaid on Google Maps, OpenStreetMap, and other map data. 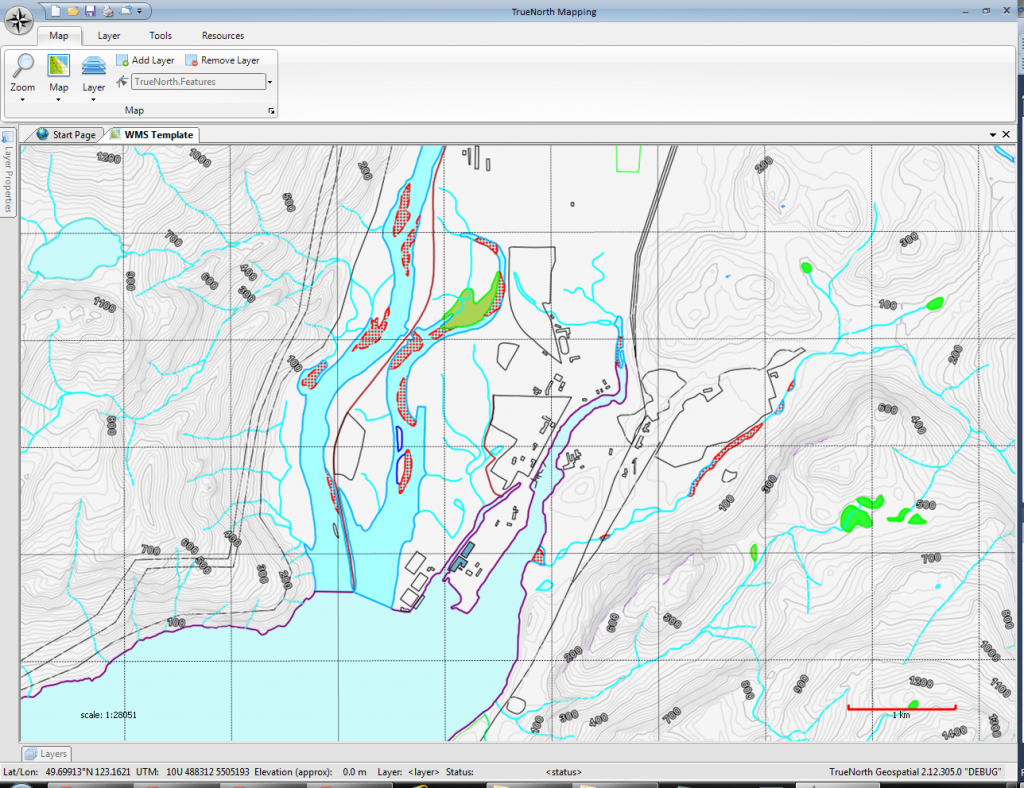 This screenshot shows a WMS layer retrieved from servers run by the Province of British Columbia. As the source of much of the topographic and mapping information for the province, they are often the most up to date, highest resolution and most accurate information source available.

Information maintained by the province goes beyond topographic, it includes administrative boundaries which include parks, districts, cities, and property databases. It also includes water, forestry, climate, air photo, marine, geology, and many other types of thematic data.